First words post race are often unconventional, a reflection on the event that has just taken place, but it is the first time I have finished a race with an organism trying to attach itself to my leg. It is a very cold and cloudy morning in November, in Australia. I am at an elevation of 1250 meters, my name is James and I have just run up a mountain! 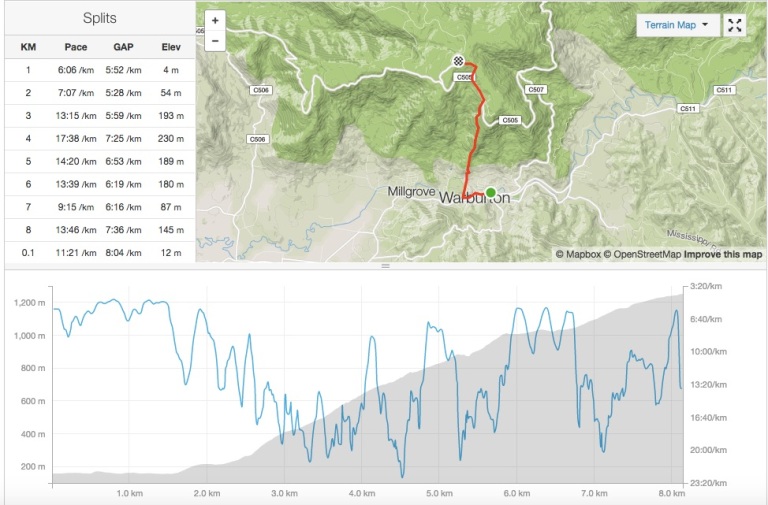 So What Is SkyRacing And Why The Hell Would One Want To Do It?

The idea behind this particular niche of trail running is to get from the bottom of a mountain to the top of a mountain as quickly as one can and via the most direct route – which means pretty much straight up the side of said mountain. Why do people want to do this you ask? Well. As is often the answer to such questions when distance or trail running is the topic, or when geographical obstacles are big an imposing. The answer is quite simply, because it is there.

A Good Hill With A Twist

Now, I enjoy a good hill. Especially traily ones where the scenery can be enjoyed as a sort of ‘out-of-body’ experience as one focuses on the next 200 meters of the rocky/slippery/weathered climb that lays ahead. I find the physical and mental effort required to keep ones legs going, and to stop either falling off the side of a ledge of simply giving up is quite meditative. Tackling the long climbs during the Marysville Trail Marathon some 3 weeks earlier had been challenging enough and with little snippets of knowledge about VK: 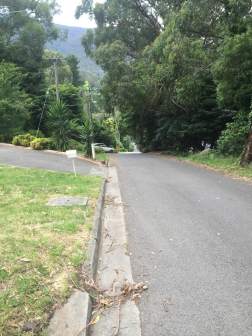 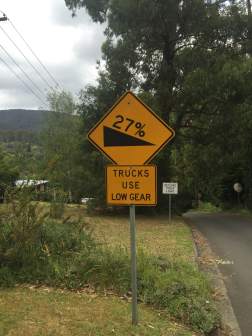 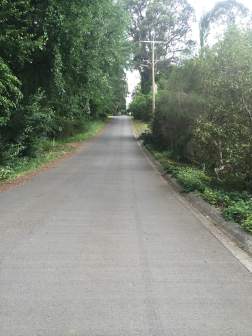 I just couldn’t resist. To add to the excitement, the organisers were also running an 18KM cycle race up the mountain at the same time. The idea, therefore is the ultimate challenge of vertical endurance runner VS cyclist VS mother nature. The runners had half the distance but double the gradient, the cyclists had double the distance but half the gradient and we both had 1000 odd meters of vertical ascent to tackle.

The Magic Of The Climb

About 35 minutes into the run talk of rivalry with any cyclists had effectively been swallowed up by the sheer scale of the mountain that we were all busy trying to get up. For 3K’s I climbed. It’s single track most of the way up, very very narrow and overtaking is tough but soon I found myself in a James Sandwich – a group of about 5 runners about 50 meters in front and another group about 50 meters behind, all playing chase the runner.

For 3K’s we pushed ourselves up a gradient which seemed to average about 26%. And then as the track levelled off a little we found ourselves amongst the tall ferns of this temperate rainforest, and in a cloud. A path wet muddy and rocky and just wide enough for one person to move along, steep forest to the right, noting but down and cloud to the left. We had finally found some small respite on a small ridge which just took the edge off for about 100 meters. I would have liked to stop and enjoy the view but I was on a timetable and I feared that stopping would result in an inability to restart.

Just under 1K from the water station and the final climb, the runners find the road, for 800 meters we share the course, a chance for some speed, some competition but all I find as I launch myself off of the single track and onto the sealed road are marshals and cloud. For a good 200 meters (which is a long way when your thighs are burning from an hour of hard climbing) I am totally alone, fellow runners are ghosts in the mist in front and behind. I have two theories:

a) we are massively ahead of the cyclists

b) we are massively behind the cyclists

A cyclist, the girl in blue I will call her, must be having a similar internal discussion because we are suddenly next to each other, me desperately trying to push my currently KM split down to something sensible and she just trying to continue her relentless climb. We eye each other up, considering the reality of the situation – does this person exist?

Oh good we are both real. And then she pushes on.

‘I’d gladly race you for this little stretch’ I being to think ‘but I am too damn knackered to be of any real competition. But I am game if you are.’

The thought though – with the mere concept of having to travel down to my larynx then UP my throat to get the words out simply gives up on the idea, my brain is in agreement with my body – there is already enough up going on.

I can hear the MC at the finish line a good 1/2 a K before I get there (which is exciting, energising). A guy I have been playing tag with all the way up is within passing distance and I have the energy for a bit of a jog on this hill. Just beyond him is a girl in pink. I recognise this girl, she passed me near the beginning, just after the creek – I thought I would never see her again so I try in vain to make up the ground, but I can only get within about 100 meters of her. It’s a trail run so my reward for finishing is simple. No medals, no goodie bag. Just timestamps, sore legs, muddy calves and a leech. 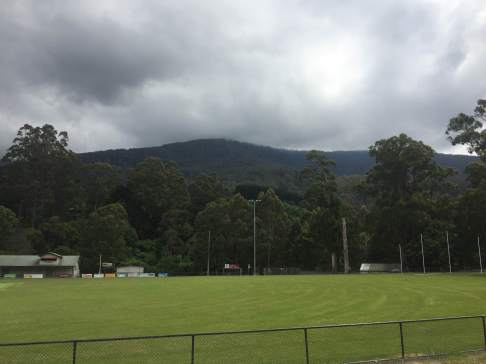 The Mountain from below

The Finish in the clouds

Would I do it again. Cha! With 3 week old marathon legs and a summer of flat desert training. I got up in just over 90 minutes. With some strength training and a lot more hill running, I hope to shave some serious time off of this climb.