My race calendar is often filled with events where I finish a lot messier than I began – be that either emotionally (something like the Marysville Marathon or the Great Trail Run) or physically (something like the Turbo X, Salomon Trail Running Series or Wildman). Never have I finished looking like I haven been for a run through a paint and glitter factory. Until now.

This is a fun run and in truth there was more fun than run: There are no timing chips, there are no winners or losers. Success is based on how long you have to spend in front of the commercial leaf blowers than whether or not you set a new PB, which in many ways is a bit of a shame as the 5K course around the edge of Flemington race course could be easily described as fast and flat(ish) a.k.a. good PB territory. I ran the course with my phone out (pretty unusual for me) and was happy snapping all the way around. So I will tell this story in pictures.

Going Into The Green Zone 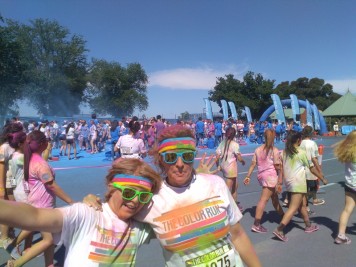 After, The Short One 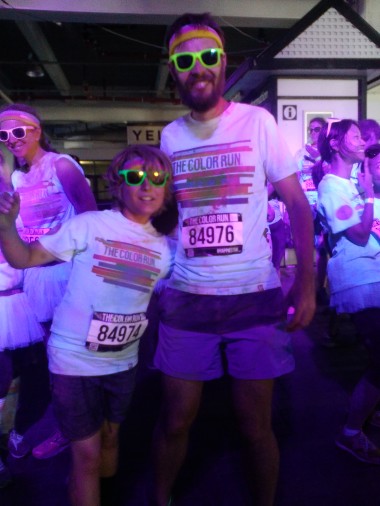 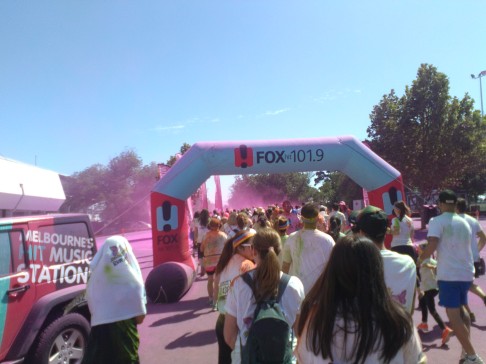 And that’s it. The pictures paint the story quite well, I think.