Tick,tick,tick,tick,tick go the gears on the old rollercoaster as I am transported back to my childhood and the decades old death-trap coasters I would ride as a child in crumbling English seaside theme parks, 14 long kilometres of, mostly, up are nearly over as I climb in the final section of Dam Track to Woolrich lookout.

The view from the top is impressive, and beyond the band of pine trees you can see out over the valley and hills towards Olinda.

This is what the Silvan run is about, this moment, 14Ks of gradual up to now.

Deep breath, arms up and let out a loud yippee as it’s — near enough — downhill all the way to the finish.

But it is also worth reiterating that the combination of long long slow runs, plenty of hills and a regular speed sessions with Generation Run and #Getitdone has really helped me round out my training and I think has made me a better, stronger runner.

Knowledge and course familiarity are often key when it comes to trail running, so running the medium course in 2017, I had memory of the difficult bit.

The first part, the initial six or so kilometres which had us running most of the short course was an unknown but the elevation chart did not look too challenging before the big hill.

The early mix of wide fire tracks suddenly cutting into narrow single tracks through ferns and over creeks, having to dodge low branches and keep my feet light enough to miss any trip hazards was a joy and I found myself clipping along a little more quickly than I intended to be going, but pace felt comfortable, I felt strong, so I just went with it.

By the way, I have a pair of Saucony Peregrines and I am frickin’ loving them on the trails.

As I began to recognise key features of the landscape, recognise the big hill was coming, I began to wonder where Bec and the Gen Run cheer squad had made camp.

And then I saw, a few hundred metres in the distance, at the base of the hill climb, Bec, Stephen, Burleigh and a collection of other spectators, nothing quite commits you to a steep hill climb like knowing your run coach is standing at the bottom.

Some five minutes later, at the top of the hill I needed to adjust my pack, the hose to my hydration bladder was not seated properly and I couldn’t get any drink.

Fixed and on my way, what I didn’t realise was my pack then developed a small leak causing sports drink to gradually leak through the pack and onto my shirt and shorts for the next five kilometres until enough was enough and I emptied what was left on the side of the trail — thankfully, on a cool day, Silvan can be run on nothing but pre-race hydration and aid stations. 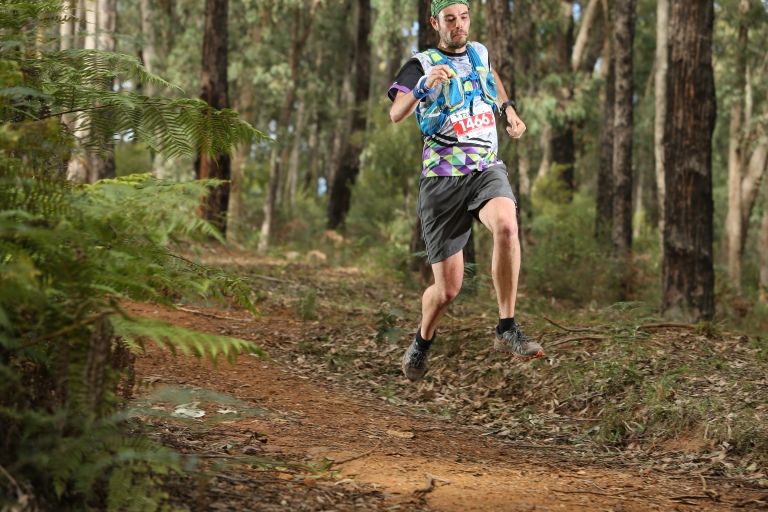 The joy of down never gets old and all this time on the trails is paying off, yes my legs were tired, yes I was tired, yes I had a long day ahead of me and I am so close to my ultra events that unexpected injury would really ruin my day, but I didn’t care, I flew, passing a dozen or so people, down the wide Mana Gum track and Prices Road then through the neat little twisty, turnie Bridge Track to the second drinks stop and then I know it is all road and fire trail to the end.

Remember when I said knowledge is key? Well as we tick over onto the final kilometre, people around me are starting to tire and there are a few walking wounded.

I was tired, I’m pushing a good time for a trail half but I just need to keep going…. up the embankment then on to a small trail which leads to the car park near the finish — shit I forgot about this — my legs ache in protest of the forgotten piece of single track, but I push on, 2:16, 2:17 — I’m going for a sub 2:20 at this point, this is awesome…. the car park… right, only a few hundred metres to go. 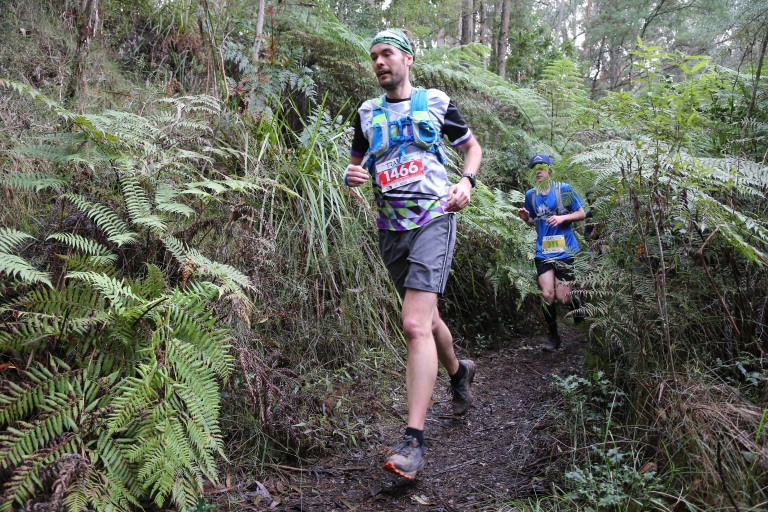 Race three is advertised as a favourite by most, something of which I agree with and I have been trying to work out why it is such an enjoyable course.

I think it is the mix of single track and fire trail — all runnable, a long but manageable climb through some very pretty bush and then, I guess, the thing that most trail runners enjoy — a fast run downhill.

And you can do all of this at Silvan without getting your feet wet.

There is something magical about that place, or maybe the Dandenongs in general, or maybe it’s just a runnable climb is fun because — more often than not — what goes up, must come down.