After finishing the first season of Vikings, partaking in some seriously stimulating mountain and country running and witnessing the might of the Norwegian fans at the Ladies Cross Country 30K, as I reflect on my time in South Korea, it is hard to not imagine having Led Zeppelins Immigrant Song on loop.

Some of you will remember Immigrant Song featured fairly heavy in Thor Ragnarök, but i was a big Led Zep fan before that!

The second half of my Korean adventure was definitely more adventurous averaging about 10K per run, including an awesome mountain running leg I rediscovered my love of running long and, usually, just following my nose.

It turns out there are a number of established hiking trails in the province of Gangwon-do and in celebration of the Winter Olympics, the Ministry of Culture and Tourism had rebranded a 130K section of these hiking trails as the Olympic Aribaugil. I would one day like to run maybe all of this trail as the short sections I was able to run along were awesome – a chance to experience wild, rural and historical South Korea all at the same time. 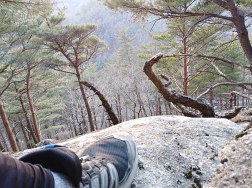 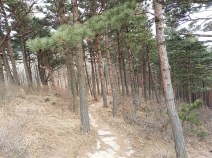 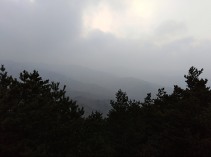 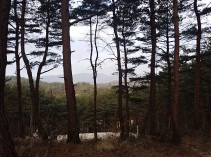 As a rule, I try to run the places I visit as it helps me establish a personal geography with the land and environment and gives me ideas of where to explore when I go out on cultural and hunter/gatherer expeditions.

Let’s not forget I was there to work and I managed to wedge my running in during the downtime between shifts, I think the running is really the only reason I was able to keep my health and my sanity – many people succumbed to bad colds and minor viruses in my department and it is not easy being vegetarian in Korean, yet with a less than ideal diet and night-shift, I was able to keep healthy.

An Olympic impression of a country is always a bit like the Disney version of a place, but by getting away from “the village” and meeting some of the locals on my runs I think Korea is somewhere I would like to return to one day. 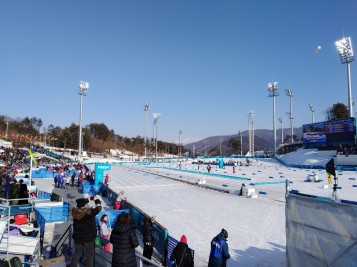 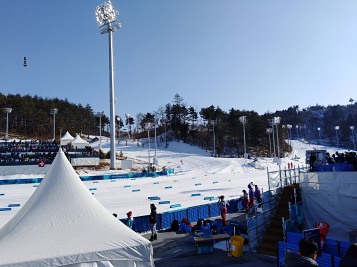 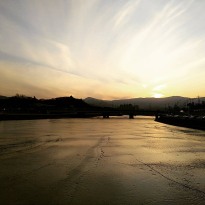 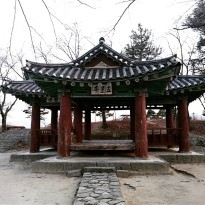 steps across the river in Gangneung city

Looking forward I am looking at trying to do the Geelong Half Marathon before training commences for Run Larapinta and Surf Coast Century.

It was great running overseas but it is good to be home.

The first part of my Korean adventure can be found here!